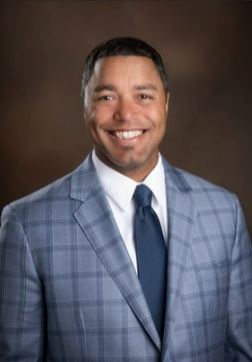 Director of the Rapid City Sports Commission is the job Domico Rodriguez wanted a decade ago, but the timing wasn’t right.

Rodriguez and a group of like-minded individuals saw the success of the Sioux Falls Sports Authority after its inception in 2006 and tried to kickstart a similar organization in the heart of the Black Hills in 2014.

At the time, the organizers were unable to find funding to make his dream a reality, but now the timing is right and Rodriguez is set to take charge of the Rapid City Sports Commission on Feb. 1.

“It's funny because when I kicked around this idea 10 years ago...I didn't fully understand all the different pieces,” Rodriguez said. “Now I have seasoning and maturity and a President/CEO of Visit Rapid City who’s willing to fund it.”

The meeting proved a success because one of Kaufman’s first priorities in her new role was to start a sports commission.

Visit Rapid City tasked Huddle Up Group, an organization based in Phoenix, with studying the feasibility of starting a sports-focused tourism group, and the recommendation led to a job posting.

Rodriguez initially thought he could better serve his city at Main Street Square, but conversations with friends led him to throw his hat in the ring.

“Different people in the community said 'Domico this job was built for you and I think you should go after it,'” Rodriguez recalled. “And I ultimately ended up accepting the position.”

In his assessment, a variety of experiences in the hospitality, tourism and sports industries prepared him to make a difference with the commission.

Rodriguez boasts experience as the Sports and Event Sales Director at Visit Rapid City, Vice President of Operations at LIV Hospitality, General Manager at the Hotel Alex Johnson and as a referee officiating football and basketball games at the high school and NCAA level.

Not only was the timing right for Rodriguez and Kaufman, but everything started to shape up for people in Rapid City.

Rodriguez has spoken with the Executive Director of the Sioux Falls Sports Authority, Thomas Lee, and several Rapid City citizens who are ready to work with the other side of the state to make both sides destinations for a variety of sporting events.

“I just think the region is better equipped for this right now,” Rodriguez said. “People are more willing to play in the same sandbox because time has passed…all of that animosity is gone and people want to do what’s best for the community.”

“Our people now travel to Sioux Falls for the state track meet and the state basketball tournament,” Rodriguez said. "They've seen the evolution of Sioux Falls and they're like 'O.K., we need to step up our game, or we're going to get left behind.’”

The first major challenge facing the Rapid City Sports Commission's aim to build new facilities is a lack of funding.

“We don't have Danny Sanford to donate the millions,” Rodriguez said. “We’ve got to come up with a way to help fund this and make sure that it works and that the commitment is there from the community to build that tax base.”

Contact Alex Dodd at This email address is being protected from spambots. You need JavaScript enabled to view it.