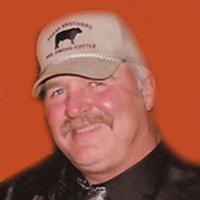 Lonnie T. Martinmaas, 58, of Orient, passed away Sunday, July 31, 2016 at the Faulkton Area Medical Center. He may have gone home to be with the Lord, but was a hero, saving the life of his brother, Rick.

On December 18, 1957, William and Wanelda Coletta (Miller) Martinmaas welcomed Leon Thomas into the family at Faulkton. Over the years he has become known to many as: Lonnie, Lon, Sweet Lou, or Big Lou. He attended school in St. Liborius, where he was active in football, and basketball, graduating in 1976. He went on to Southern State Vocational School in Springfield, SD, receiving his degree in diesel mechanics.

Lonnie returned to the farm, devoting all of himself and time to the cattle he loved. He was the president of Martinmaas Dairy Inc. and Martinmaas Realty Inc.

To know Lon was to love Lon. He worked hard and he played hard. Everyone knew him for his great one-liners and him always making time to visit. Lon was every niece and nephew’s favorite uncle. His kind, gentle ways won over every child’s heart. Lon loved all sports in his younger years. In recent days you might find him shooting a game of pool, tossing a few bean bags or throwing a game of darts, and of course hunting with his good friends.

Lon was a die-hard “Jets” and “Mets” fan. He truly was that person who cheered for the underdog. Lon was a selfless man, who would give the shirt off his back to help anyone. With saddened hearts, the family says good-bye to their gentle giant. They will miss his smile and infectious laugh. Sweet Lou, “you’re the best!”

Luce Funeral Home of Faulkton has been entrusted with Lonnie’s arrangements.