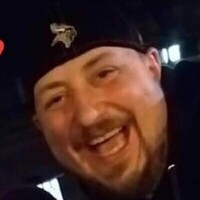 Visitation will take place on Thursday, November 17, 2022, from 4:00- 7:00 p.m. at Heritage Funeral Home.  Funeral services for Shane will take place at Sunnycrest United Methodist Church on Friday, November 18, 2022, at 1:00 p.m. with burial to follow at Woodlawn Cemetery. A luncheon will follow the burial in the fellowship hall at Sunnycrest United Methodist Church. A celebration of Shane’s life will be held at BB’s Pub N Grill from 5-7 PM with a benefit for his children to follow from 7-9 PM Friday night following the funeral.

Shane was born on September 8, 1979, in Mitchell, SD to David & Bonnie (Frei) Birger. Shane graduated from Roosevelt High School in 1998 and went on to the University of South Dakota where he studied business.

On March 19, 2004, Shane married Anastasia Gabel and from this union became a proud father to four children. Shane worked as a bar/restaurant manager for the family business at BB’s Pub N Grill. Shane brought so much joy and sunshine to everyone he served there and touched the hearts of so many people.

Shane lived his life to the fullest and had fun no matter how silly he looked. He was the life of the party. He was a true friend to every person he met and loved his friends and family so deeply. Those who knew Shane have been blessed beyond measure by his love, kindness, laughter, and all the countless memories we hold so dear to our hearts. He always had an instinct for making people feel accepted and lent a listening ear to anyone who needed to talk which is why so many people gravitated toward him. He had such a big heart and would give the shirt off his back to anybody. He influenced so many lives in his short life. Even in death, his gift of life lives on in others with the donation of his organs.

Shane was an avid sports fan and especially enjoyed watching the MN Vikings and the MN Twins. He was also a competitor and liked to challenge others to a game of foosball, bowling, pool, darts, and bean bags. Shane enjoyed listening to music, showing off his sweet dance moves, spending summers at the lake cabin, celebrating holidays, and spending time with his family and countless number of friends.

Shane is preceded in death by his loving mother, Bonnie Birger; his grandparents Joseph & Gladys Birger, and Robert & Betty Frei.

Our family is forever grateful to all our family and friends for their loving support and endless prayers. We also extend our gratitude to the medical staff at Sanford Medical Center who took such great care of Shane in the last two weeks of his life.

The family has requested that those who attend Shane’s visitation and funeral wear their favorite sports attire to honor his memory.