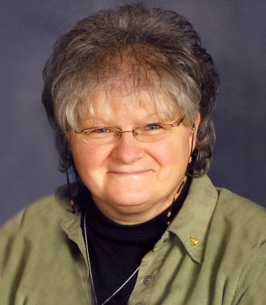 *Colleen's husband Ernie played fastpitch for many years as well as son Curt, who plays both fast and slowpitch. Brooks Schoenfeld (Carsia) plays, umpires, and is the Watertown League President.

Visitation will be 4-7:00 p.m., with a scripture service at 6:30 p.m. followed by a rosary, Friday, September 11th at Immaculate Conception Catholic Church.

Honorary Pallbearers will be the Serra Club.

In lieu of flowers memorials may be designated to the Serra Club, I/C of Immaculate Conception Catholic Church.

Colleen Kay Vavruska was born November 9, 1953 to Melvin and Nancy Jane (Hovorka) Giedd in Tyndall, SD. She attended country schools near Avon, SD and graduated in 1972 from Tyndall High School. She worked in the restaurant business for a short time before marrying Ernie. Colleen and Ernest R. Vavruska were united in marriage on July 14, 1973 at St. Leo’s Catholic Church in Tyndall. The couple lived in Yankton where Colleen was employed at Sunshine Restaurant. In 1975 they moved to Mitchell and she continued to work at Sunshine. They then moved to Watertown in 1978 where Colleen worked as kitchen manager at various restaurants. Following the births of their own three kids, Colleen began an in-home day care which she ran for over 16 years.

Colleen’s greatest joys in life were her family, her faith and the joy she felt in helping others. Her favorite spot in the house was the kitchen, whether it was by herself, with her grandkids or anyone that stopped by. She also cherished her time spent in the church chapel.

Colleen was a member of Immaculate Conception Catholic Church. The church was a family to her.

She was preceded in death by her parents; and her father-in-law, Ernest E. Vavruska.