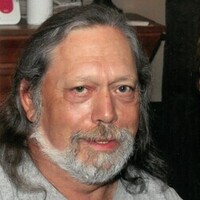 William John Miles was born on June 16, 1950 to William and Lorraine (Roehrick) Miles in Newport, Washington.

Bill enlisted in the United States Marine Corps on January 16, 1970 and served until being honorably discharged on February 16, 1972.

Bill worked on the production line at John Morrell & Co. for over 23 years.

He was a lifetime member of the Vietnam Vets/Legacy Motorcycle Club, was an avid fan of the Minnesota Twins and Minnesota Vikings, and also coached the Minnehaha County Constables Softball Team for 11 years.

Bill is preceded in death by his parents, Bill and Lorraine; step-father, Bill Geifer; and brothers, Donald Miles and John Miles.