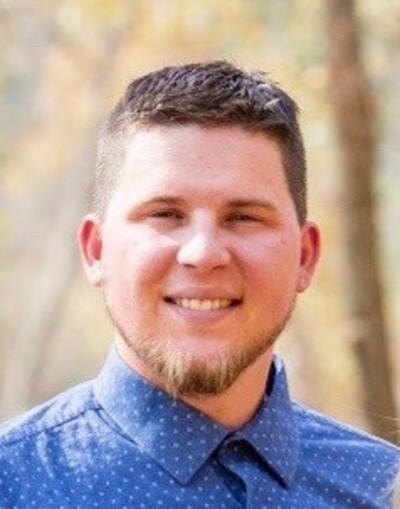 Jacob Vincent Mulder, age 26 of Brandon, South Dakota passed away on Thursday, June 17, 2021 as a result of an automobile accident.  Mass of Christian Burial will be 10:00 AM Thursday, June 24, 2021 at Risen Savior Parish in Brandon, SD.  Family Present Visitation will be on Wednesday, June 23, 2021 at George Boom Funeral Home & On-Site Crematory, Sioux Falls from 4:00 PM – 7:00 PM with a Liturgical Wake Service beginning at 7:00 PM.  In lieu of flowers, please consider a donation to the GoFundMe set up to honor Jacob’s legacy.https://gofund.me/6c0212d4

Jacob Vincent Mulder was born on June 29, 1994 in Sioux Falls, SD to Eugene & Lori (Cook) Mulder. Jacob graduated from Brandon Valley High School in 2013. He then attended South Dakota State University and graduated with a Bachelor’s degree in Construction Management in 2017.

Jacob married his high school sweetheart and love of his life, Morgan McDonald, on July 11, 2020 at Risen Savior Catholic Church. The couple made their home in Brandon along with their dog, Harley, and are expecting a baby girl in November. He could not wait to be a dad and share his love for life and sports. He started his work life umpiring baseball and then moved onto the construction world. As a summer job he worked at Fiegen Construction, then after graduating college he started with Journey Construction and was proud to complete his first project, Hotel on Phillips. He later moved onto Peska Construction as a field engineer/co-superintendent, his current project was building an elementary school in Marshall, MN. He was very dedicated, detailed and eager to learn as much as possible.

Jacob and his identical twin brother, Jared, were inseparable and always had a best friend in each other. They had many of the same friends, played the same sports, attended SDSU together and even ended up as roommates at “The Rock.” Jacob and his sister, Bobbi, had much in common such as binge-watching TV shows, Harry Potter and rule following. He was also very close with Chris, his brother-in-law, they enjoyed golfing together, fantasy sports and their annual Christmas gag gifts. Jacob and his older brother, Josh, shared their love for baseball, sports talk, tailgating, and he could always expect a daily call(s). Family meant everything to Jacob. He was the best uncle to his niece and nephews, they will remember jet-ski rides, playing ball, and constant horseplay.  He was excited to see them succeed in anything they did; they loved and adored their “Uncle Jakey.” He would do anything for family and friends including helping with numerous moves and house projects.

Jacob had many friends. He could talk to anyone and had the gift to share stories of his day and multiple interests including his love for the Minnesota Twins, Vikings and Gophers, spending time at the lake cabin and playing baseball and softball. He started playing baseball at age 5 and had many mentors who helped shape his life.  He started his amateur baseball team, the Valley Rats, with his brother Josh and was on the inaugural club baseball team at SDSU. His favorite spot on the field was behind the plate, catching, with Jared pitching. Not only was he currently playing baseball, he was on two slowpitch softball teams. When he wasn’t on the field himself, he was always cheering on his family and teammates.

Jacob was preceded in death by his grandpa, Virgil Cook; and his aunt, Karen Sedio.