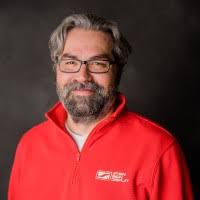 Two years ago Sam Mooney was brought on as East River At-large Men’s Slowpitch Deputy.  Sam has since been active in the men’s slowpitch meetings, willing to share his opinion as well as consider ideas from others along the way. He has been a spokesman for the players and teams, whether that player plays Rec Ball one night a week or league and tournaments at the top level. Sam will consider what he feels is best for the game and to help it grow. Those attributes are what make him right for the job.

Sam has been involved at various levels of USA Softball over the years. He currently is a league officer as well as an umpire who has worked in both league and state tournaments.He has been the co-host for the “Must be in the Front Row” podcast last summer and fall, which is about to start its second season soon. He has recently been seated on the state hearing board. Through Sam’s encouragement at his workplace, they have become a sponsor, including the scorebooks.

Sam has organized, played, and coached at the top level of men’s slowpitch in South Dakota. But maybe the proudest moments in his young softball career have been coaching his children’s teams in the league, state, and national tournaments, both boys and girls, as well as co-ed. As they are getting older he has had the opportunity to also play men's slowpitch and co-ed on the same teams as his children. Something all players should get to experience once. 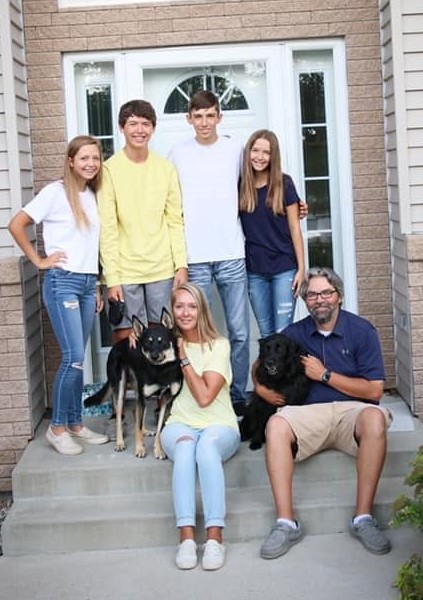 I had not named a Deputy since Doug Mahanke resigned a few years ago. Instead, I had chosen to try to implement some changes that players and teams were asking for. Knowing that change was going to be a challenge, I wanted to give it a minimum of four years before naming a replacement for Doug. I did not feel it was fair to burden someone with the consequences if it did not pan out. Some changes have worked while others have not gone as well.

With recently added duties, the time is right to name a slowpitch person to manage the Men’s Slowpitch entity. While visiting with others, one name, Sam Mooney kept coming up as the primary choice.

When I talked to Sam about the position, it was clear that he wants the game to prosper and grow so that players and families can enjoy playing the game now and in the future. He wants the upper divisions to grow by getting teams and players to want to move up. He believes that will encourage more teams to play in the lower divisions and leagues so they can grow and continue that upward cycle in competition. He would like to see all divisions grow at the state tournament as well as leagues.

Sam, general manager at Stein Sign Display in Watertown, has been married to Audrey for 22 years this July. They have 4 children, Kahden a junior at Northern State University who is also a District 5 House candidate for Watertown. Kamron graduated last year and works at Roy’s Sports Shop in Watertown. Daughters Jaylie, a junior, and Joecie, a freshman, both attend Watertown High School.

I feel Sam has the best interest of USA Softball South Dakota Men's Slowpitch, now and in the future, in mind. My hope is you will reach out and welcome Sam. Give him chance to work for you to make the game grow. He will need your cooperation to help to make it better. Sam may be reached at 605-212-3185 or at This email address is being protected from spambots. You need JavaScript enabled to view it.