Obituary for Bobby Gasper of Watertown 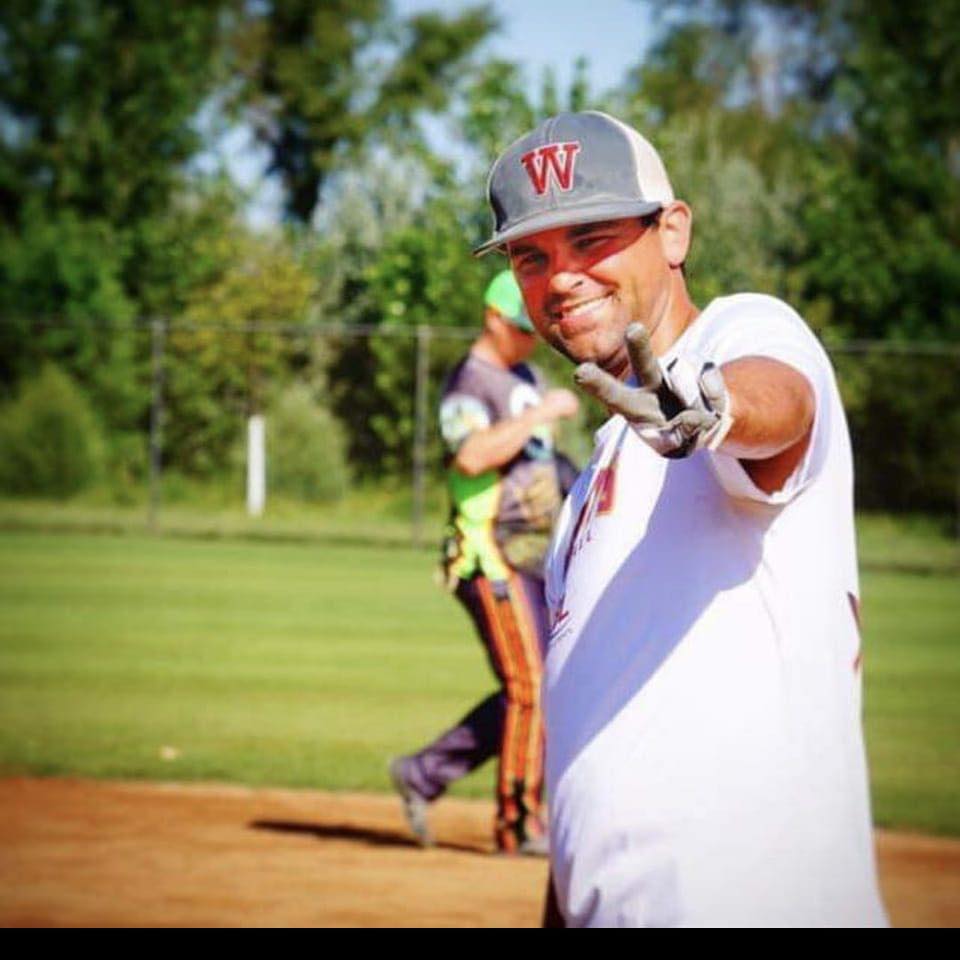 Visitation will be from 5-8 p.m., Thursday, January 12, 2023 at Lutheran Church of Our Redeemer in Watertown.

Funeral services will be at 3:00 p.m., Friday, January 13, 2023 at Lutheran Church of Our Redeemer with Pastor Dave Nerdig officiating. There will be a reception to follow at the 2nd Street Station in Watertown at 5:00 p.m.

Interment will be at a later date.

In lieu of flowers, memorials may be given in memory of Bobby to the Watertown Baseball Association, P.O. Box 1461, Watertown, SD 57201 or Venmo@post17baseball.

Bobby Lee “Boomer” Gasper was born on February 27, 1986 in Rapid City, South Dakota to Ronald Joseph and Barbara Jean (Spanton) Gasper. From the day of blessing us with his presence his family knew that Bobby was special and would do everything in his power to make every day unique and interesting, and although his life was shorter than we all would have liked, he did certainly succeed. Bobby spent his first five years learning all about life exploring (to the extent a young child believes he is able) the “streets” of Blackhawk before his family moved to Watertown, South Dakota where he began school.

Bobby attended Roosevelt elementary and continued to make life interesting for others, often making his way to the principal’s office because he just didn’t want to stop carrying on conversations with others in class and was convinced his social life was more important than learning math. Bobby completed K-12 schooling in Watertown, graduating from Watertown Senior High in 2004 and continuing his education at North Dakota State University before transitioning to Lake Area Technical Institute to pursue a degree in Building Trades.

While living in Minneapolis, Bobby also obtained a degree in criminal justice. His love for kids and interest in always being there for other people was the driving force for him in obtaining a degree that he always said he would use when his body no longer allowed him to build. All his family and friends questioned whether he should stop there or continue on to challenge Ashley by becoming a lawyer, because, boy to those who knew Bobby, those conversations never ended without some sort of a negotiation.

After finishing his schooling, Bobby built up his own business, True Construction, first completing jobs for family and friends, and quickly gaining projects through word of mouth of his wonderful work. Working with his hands, building homes, and completing woodworking projects was a passion of Bobby’s and those fortunate enough to have seen some of his beautiful work knew how truly talented he was. His ability to make something spectacular out of a lot of nothing was mind-blowing. In a way, he transitioned this canny ability into so many aspects of his life and the lasting impact he left with others. Bobby then took his construction and carpentry talents on the road traveling the states installing locker rooms at schools and sports institutions from coast to coast. While during this work Bobby might be gone for weeks on end, and would often complain about this keeping him from his loved ones, family, and friends, he also took full advantage of this as an opportunity, appreciating his ability to travel to places he had never been, visit beautiful golf courses, and search out food that “made him cry”. He was quite the foodie, never turned down a good meal, and often left others in confused awe as to how he was always there to help make sure food was not left on the table.

When Bobby was not traveling for work, he could be found spending time with his family and friends, living his best life, and showing us all how to make the most of every moment. Boomer had major FOMO (fear of missing out) and the party never started until he arrived – in fact, it seemed to never end either, because Bobby was known for making sure there was an after-after party following the after-party! If there was a dance floor he was on it, embarrassing others who thought they could even come close to challenging his moves, and if there was a mic nearby, watch out!

He had a love and passion for sports, having the closest of relationships with his baseball brothers, softball team, and golfing buddies, and cherishing the time he got to spend at the ballpark and in the clubhouse, often leaving his friends in laughter with his blaring music, poker playing prowess, and broken or tossed golf clubs. Boomer closely followed the Atlanta Braves baseball team and Pittsburgh Steelers football team and was always looking for the next game he could attend with his traveling group of die-hard sports friends. He was the most amazing cook, and loved grilling and smoking meats for others – in fact, his preference was to keep others out of the kitchen because you’d hear that something was always just a little off with your dish. Bobby loved the laid-back lake lifestyle, jumping at the opportunity to spend time on a boat, and taking long drives in the truck, and in the rare moments' Bobby was not out enjoying life with his family and friends you could find him taking full advantage of relaxation (for absurd amounts of time) laying in the shower until the water overflowed or taking baths with all of the energy soaking salts.

Boomer was a vibrant personality and was full of life. He was opinionated and wasn’t afraid to share it, but at the same time making sure everyone in the room felt like they were the only ones that mattered. He could walk into an empty room and minutes later it would be flowing with energy and people gravitating toward his zest for life and vivacious personality. For those of us lucky enough to get deeper inside that bubbling personality, you also found the most loving, compassionate, and caring heart. A person willing to go the extra mile to make the day of his loved ones just a little bit brighter, and although he might mumble a bit under his breath, he was the first one to jump at helping friends with any and every home project. Boomer had a smile that could light up the darkest room, a laugh that could be heard and felt for what felt like miles, and an infectious personality that drew everyone in. Whether you had the great fortune of interacting with Bobby regularly or by chance ran into him on occasion, he gave the best hugs, was never short of words that could melt any pain away, and truly thought of his friends as his family. There were no bad times when Bobby was around – he made sure of that.

Boomer was the youngest of three children. He loved his family dearly, but never missed a moment to remind them that since he was the baby he was the favorite. He established a truly unique, special, and loving bond with his mother that he would shout from the rooftops (although not always in language that should be repeated), and he loved hunting with his father and always pressed him that he wasn’t prepared fast enough when it was time to leave. As he aged, Bobby really appreciated the special moments he was able to share with his siblings, growing these relationships as he glowingly accepted the role of uncle. He cherished the opportunities he had to spoil those he loved, especially his nieces and nephew, and never passed up challenging the family during holiday game nights and birthday nerf wars. While there was never a shortage of Bobby introducing fun and joy into family gatherings, Bobby appreciated his long conversations and late night talks about life most of all.

Missing our Boomer’s vivacious personality and big heart as we say “See you later” are his mother and father, Barbie and Ron, brother Tyler and Krisha Gasper, and nieces, Kali and Tegan, sister Kim and Matt Harmel, and nephew Zak, all of Watertown, SD, and the love of his life “Marie” (Ashley Engels) and their loyal and loved lab Tank of Woodbury, MN.

Bobby is preceded in death by many loved family members, including an uncle, aunts, and grandparents, and Bobby and Ashley’s “little foot” Maltese Marley, who we know was waiting at heaven’s gate with a wagging tail, ready for his next daddy choke slam.