Competitors Rally Around Player "No One Fights Alone", The Tale of Two Sioux Falls teams

Earlier this July these two teams from Sioux Falls have been playing each other for over 7 years met to play their league games. These two teams have always been each other’s biggest competition, but one was in for s surprise on this night.

"Last summer, one of our players (Baleigh) lost her sister to a long hard fight against breast cancer. This past spring, Baleigh received the news... she has breast cancer." said Alyssa Geerdes of Fogies.

"As a team, we were heartbroken to learn the news. We came out to play last Monday and Madison Lawn Care changed out of their uniforms into these pink shirts and asked for a picture with us. We walked on to the field and immediately felt the love from our biggest competition".

The shirts said “Team Baleigh.” This here is a true example of kindness and even though you’re competitors on the field...

Baleigh and the entire softball team felt the love and support from them.

"We are so thankful to be apart of the South Dakota softball family. No one fights alone"! Geerdes said. 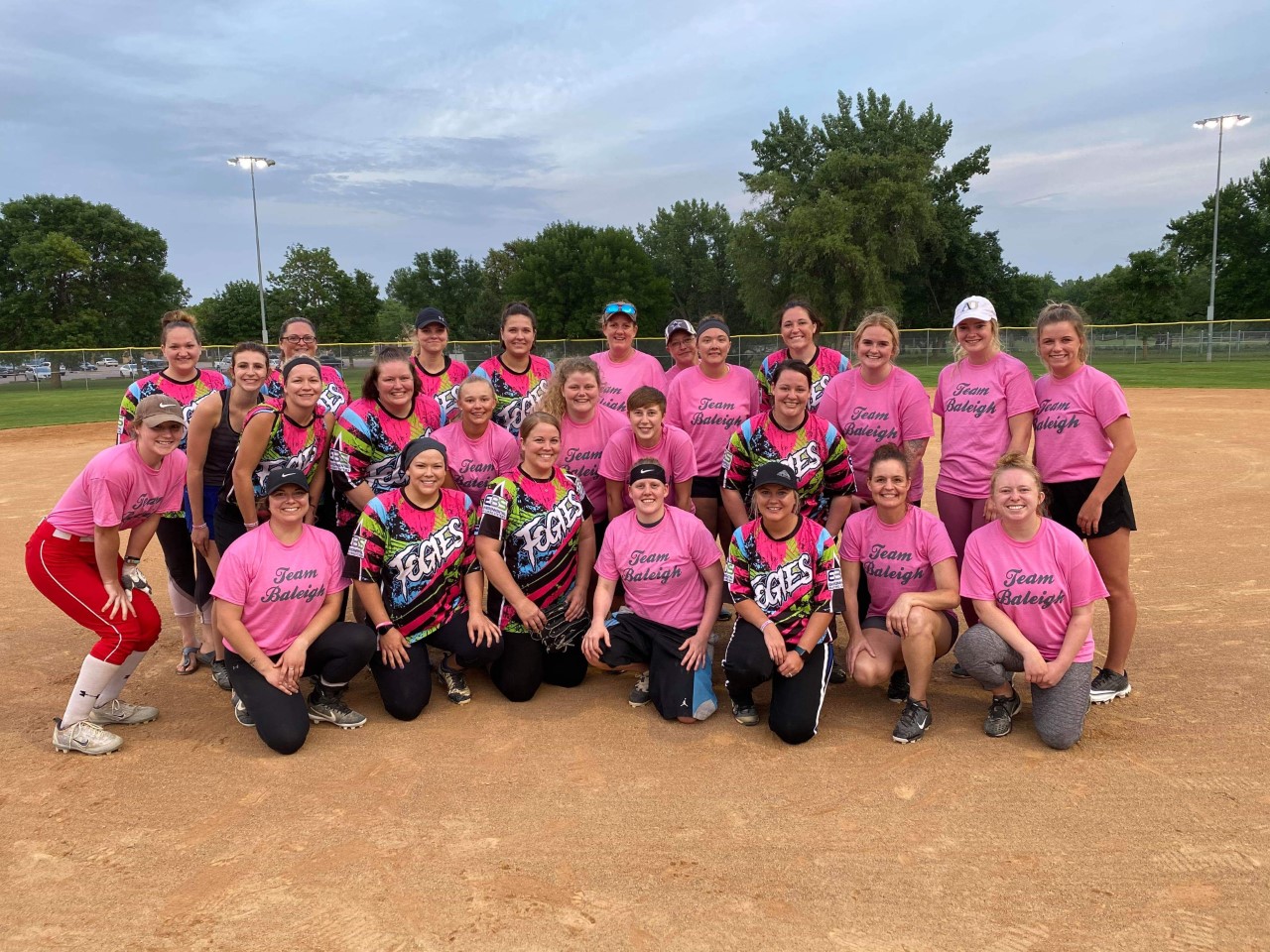