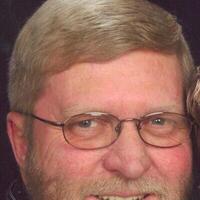 Alan Raye Bossman was born on August 6, 1951, in Sioux Falls, South Dakota, to Edward and Ardell (Timmerman) Bossman.  Alan slept to his eternal rest at Sanford Hospital on Thursday, October 28, 2021.  Today, he walks with his precious Lord and Savior, and he meets again those loved ones that meant so much to him.

Alan was the third of three children for Edward and Ardell.  He was raised on a farm outside Lennox, SD, with his brother, Gary, and sister, Arla.  He was born on Arla’s birthday, which was always very special for both of them.  After attending country school initially (Ashlawn District #89), Alan graduated from Lennox High School in 1969.

Alan married the love of his life, Kay (Davis) Bossman, on August 21, 1976, and they lived every day to the fullest for 45 years.  He and Kay raised 5 children, who were the lights of his life.

Al loved his kids and grandkids to the fullest, and he and Kay would spend hours and hours traveling to the latest game or graduation or wedding.  He had a booming voice and wasn’t afraid to let any referee know if he disagreed with them.  He was a coach for many years, a football announcer, and the head of the Ringneck softball tournament association in Sioux Falls.  He was a talented craftsman, and he served as family foreman for many home projects for his kids.  After retirement, he and Kay would spend hours on their Harley, and it brought them true joy.

Alan had a lifelong love of singing.  He sang alongside his brother, Gary, in the Sioux Emperians Barbershop Chorus.  He sang every Sunday at First Presbyterian and Faith Presbyterian Church in Lennox, SD, as a soloist and member of the choir.  He sang at many of his children’s weddings, and he never needed a microphone due to his resonant voice.  If he was singing here today, the whole place would know it.  And it would be beautiful. Punctual, dependable, determined, reliable, forgiving.  These are all adjectives that would describe Al.

Alan was preceded in death by his parents, Edward and Ardell; his brother, Gary, and his parents-in-law, Lloyd and Leah Davis.  He is again enveloped in their love.