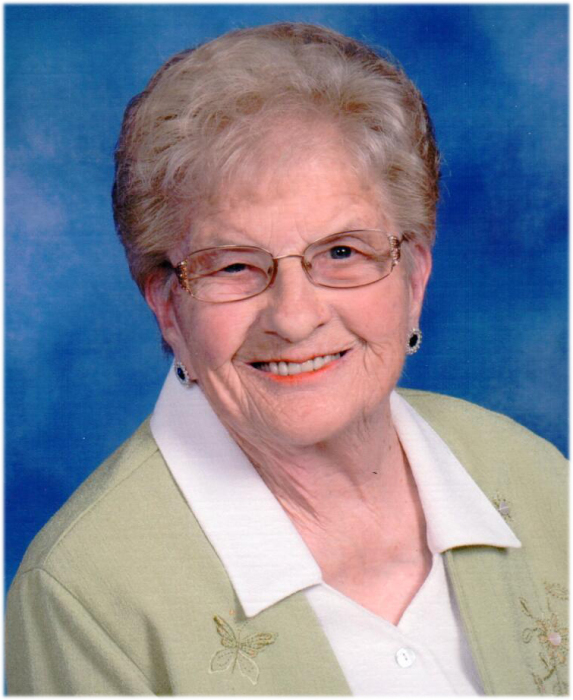 Elsie L. Young, age 87, of Watertown, SD, passed away on Wednesday, August 31, 2022, at Prairie Lakes. Funeral services will be 10:30 a.m. on Tuesday, September 6, 2022, at St. Martin’s Lutheran Church in Watertown. Pastor Paul Kuckhahn will officiate. Music will be provided by Julie Sulzle as organist with Jonathan Niemi as soloist. The service will be live streamed via the Crawford-Osthus Funeral Chapel website.

Visitation will be at Crawford-Osthus Funeral Chapel in Watertown on Monday, September 5, 2022, from 5:00 – 7:00 p.m. and prior to the services at the church on Tuesday.

On October 30, 1954, Elsie married Gerald “Joe” Young at St. Martin’s Lutheran Church in Watertown. They owned and operated 212 Wide Spot for 13 years. Elsie had also worked at the Hamburger Inn, was the head cook at Henry School for 8 years, and retired from Minnesota Rubber after 21 years, as well as helping at Primetime Sports when and where she could.

Elsie was a member of St. Martin’s Lutheran Church in Watertown. Elsie’s greatest pride and joy was her family, and she never missed an opportunity to watch their events or help them in anyway she could. She also enjoyed her yard and flowers, watching and feeding the birds and squirrels, and took great pride in any work she did.

Joe and Elsie were recognized by USA Softball South Dakota with the Distinguished Service Award in 1991.