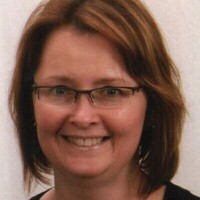 She was born on October 28, 1961 in Pierre, SD to Jack and Donna (Nelson) Quinn.  Kathleen grew up in Milesville and attended high school in Midland where she graduated in 1980.  She received a Secretarial Certificate in Omaha and began her career at Mt Rushmore. During this time, she met her husband Richard at AJ's Night Club. They got married on January 28, 1984, and settled down in Rapid City, where the couple had two children.

Kathy went on to work at Western Stationers and James Motors until the family moved to Illinois in 1988. There Kathleen worked for the Department of Defense and, upon hearing of a job opening at Camp Rapid, they moved back to Rapid City in 1990 to be closer to her family.

She was a member of St Therese Catholic Church & Catholic Daughters.  While raising her children, Kathy was very active in their 4-H activities.  She enjoyed gardening, crafts, reading, music, photography, baking, and teaching these skills to others.

She was preceded in death by her father, Jack and brother, Joe.

A Christian Funeral Mass will be offered at 10:00am, Friday, October 9 at St Therese the Little Flower followed by interment at Black Hills National Cemetery.

A memorial will be established for Neurology Dept. at Mayo of Rochester and Pennington County 4-H.