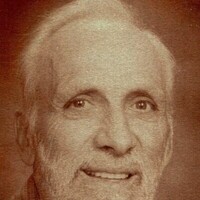 Warren Allen Kramer, 77, of Sioux Falls, SD passed away on Monday, October 26, 2020 at home, surrounded by his loving family. He was granted the soft landing he and his family had hoped for.

Warren was born on February 6, 1943, in Napoleon, North Dakota to Edward and Elsie (Fischer) Kramer, the fifth of seven children. His only sister was the oldest of these seven children and she helped take good care of him as a child. Warren and his 3 older brothers played baseball for the hometown team and more than once, the games had to be postponed if the Kramer’s went on vacation. Warren graduated from Napoleon High School in 1961 and attended Sioux Falls College (now University of Sioux Falls). He married Shiela Brigger in 1965 and 2 children were born to this union: Troy Allen in 1967 and Michael Sean in 1971. In 1967 he began working with Gage Brothers Concrete – a career that spanned nearly 50 years. He was very proud of the work he did as a finisher and was referred to as “the artist” by some of the architects. His finishing work took him all over the Midwest. He called it his attempt to “beautify America”.

At the suggestion of a friend, Warren began umpiring fastpitch softball in 1973. This became about a 25-year gig and he earned entry into the South Dakota Softball Hall of Fame in 2008. He traveled to many tournaments over the years and made many lifelong friends.

Warren married Jackie Gregersen in 1976 and they were blessed with a daughter, Kasey Erin in 1979.

After his family, his big love was the Green Bay Packers, hunting, and fishing. Though Jackie never shared his love of hunting, they did have many fishing trips to Canada with friends. All the good days of his life included at least one episode of the Andy Griffith Show.

Warren was preceded in death by his parents, Ed and Elsie Kramer, brother, Gordon Kramer and granddaughter, Samantha Kramer.

A private funeral service will begin at 11:00 a.m. Monday, November 2, 2020, at Heritage Funeral Home with a Celebration of Life service to be planned for spring or summer of 2021.

Family wishes that memorials be directed to the South Dakota Softball Hall of Fame or to Asbury United Methodist Church. The funeral will be on Zoom. Check Heritage Funeral Home website for the Zoom Link. www.heritagesfsd.com.