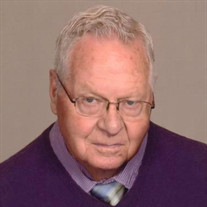 Harry Jones, age 82, of Marshall, Minnesota, died peacefully on Sunday, October 31, 2021, at his home in Marshall, Minnesota. Memorial Services are 10:30 a.m. Saturday, November 6, 2021, at Living Word Lutheran Church in Marshall. Following a reception for attendees, interment with Military Honors will be in the Marshall Cemetery. Visitation will be held one hour prior to the service on Saturday, from 9:30 a.m. until the time of services at 10:30 a.m., at the church.

Harry Leroy Jones was born on April 20, 1939, at his parent’s home in Thermopolis, Wyoming. He was the son of Gary W. and Evelyn Alberta (Grosvenor) Jones. Harry attended school in Shell, Lucerne, and then Thermopolis, Wyoming. Harry’s love of sports was apparent from a very early age. In the 8th grade, he decided to move into town with his Grandma Jones so that he could participate on local teams. After high school, Harry started his bachelor’s degree at Colorado A&M in Fort Collins. He later transferred to San Diego State, where he was a member of Kappa Sigma. During his time there, he met Sallie Jordan and was later married. In his years of marriage to Sallie, two daughters were born: Heather and Erin. Harry later joined the Marines and served for 6 years in the Reserves. After returning home, he attended school at both Chadron’s Teacher’s College and Montana State in Bozeman, Montana, where he earned his master’s degree. Harry was also proud to be on the taxi squad, ready to be called up for the Houston Oilers football team.

In 1970, after earning his Master of Education degree, Harry was employed at SSU (later changed to SMSU). Harry was an Associate Professor in the (now) Wellness and Human Performance Department. Throughout the years he worked at the college, Harry held many coaching positions. Some of these positions were: head coach of the indoor/outdoor track and field and cross country, assistant coach of the basketball team, and assistant coach of the football team. In 1985, Harry was named by Southwest State University as the Northern Sun Intercollegiate Conference coach of the year.

Harry’s love of sports went above and beyond his work at SSU. In his free time, Harry participated as an official for the Minnesota State High School League, umpired baseball & fastpitch games in many of the surrounding towns as well as some of the larger cities; he officiated almost any sport there was in the Marshall area, and taught ballroom dancing for the Marshall Park and Rec. Harry also had a love for woodworking and was a member of the Marshall Senior Woodworking Group.

In 1997, Harry was united in marriage to Donna Slettedahl. The couple lived on a farm just south of Cottonwood. In 2010, after serving 40 years as a professor in the Health and Physical Wellness Program, Harry decided to retire to his farm. In 2015, Harry and Donna made the decision to move into Marshall.

The family would like to express a sincere and heartfelt thank you to their church, family members, friends, and neighbors who made this process easier. A special thank you to Harry’s Nurse, Dana Davis, who is an angel and lovingly cared for Harry in his home for the past 14 months. There aren’t words to express our thanks to her.

He was preceded in death by his father, Gary, and mother, Evelyn.