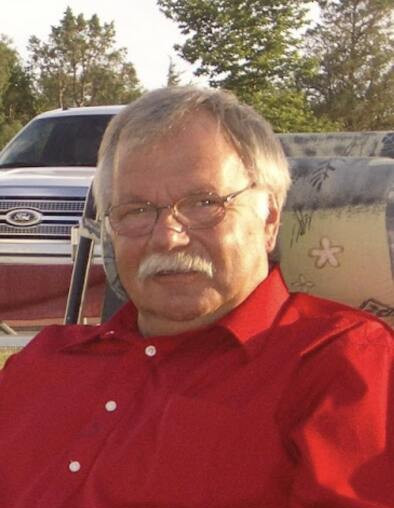 Darryl “Big D” Stowell, age 69, of Watertown, SD, went to be with his parents, brother, and sister in Heaven on Monday, May 30, 2022, at his residence.  Funeral services will be at 10:00 a.m. on Friday, June 3, 2022, at Crawford-Osthus Funeral Chapel in Watertown.  Rev. Bob Waite will officiate. Music will be provided by A.J. Sherrill as organist with Judy Everson as vocalist.  The service will be live-streamed via the Crawford-Osthus Funeral Chapel website and Facebook live.

Visitation will be at the Crawford-Osthus Funeral Chapel in Watertown on Thursday, June 2, 2022, from 5-8 p.m. and prior to the services on Friday.

Burial will be at 1:00 p.m. at the Bath Memorial Cemetery in Bath, SD.  Pallbearers will be Troy and Brett Hanson, Nick Boschee, Jeff Hilgeman, AdamWientjes and Doug Hayes.

Darryl was born on April 23, 1953, in Aberdeen, SD, to Gordon and Vivian (Hatcher) Stowell.  He graduated from Aberdeen Central High School in 1971.

In December of 1971, Darryl married Nadine Kluck.  Four children were born into this union: Eric, Erin, Ronnie, and Robbie.  Darryl spent several years working for Menards and was most recently employed by Tri-State Building Center in Sisseton, SD, retiring eleven months ago.

Darryl loved fishing.  He enjoyed playing the guitar and was an avid New York Yankees fan.

Darryl is survived by his children: Erin Gehrke, Ronnie (Jodi) Stowell, Robbie (Jessica) Stowell, and Eric (Sarah) Stowell, all of Sioux Falls, SD; 12 grandchildren and 3 great-grandchildren; his brother, Dalton (Cindi) Stowell of Dallas, TX; and many nieces and nephews.

Darryl was preceded in death by his parents, Gordon and Vivian; his sister, Donna; and his brother, Chuck.