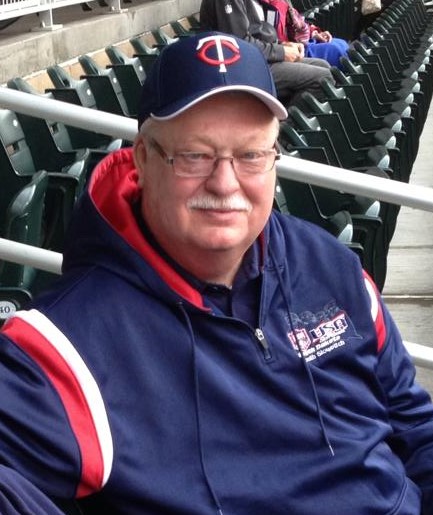 Paul Aylward, age 77, of Huron, passed away on Sunday, January 22, 2023, at Avera McKennan Hospital in Sioux Falls, surrounded by his family. His Mass of Christian Burial will be held at 11:00 AM on Monday, January 30, 2023 at Holy Trinity Catholic Parish in Huron with burial to follow at St. Martin Cemetery in Huron. Military Honors will be provided by the Huron Veteran’s Council. Visitation, with his family present, will be from 2-4 PM on Sunday, January 29, 2023 at Welter Funeral Home. A Scripture Service will begin at 4 PM on Sunday.

Paul and Mary were married on August 13, 1966, at St. Martin Catholic Church in Huron. Paul was drafted into the United States Army where he served as a Medic and Occupational Therapist. He was honorably discharged in 1968 and returned to Huron. Paul started his career at Armours, where he worked for 15 years. He then started a 27-year career at AFCME as the state director. In 2013, Paul was elected Mayor of Huron. He loved to serve the people of Huron by participating on many different boards and organizations.

In his free time, Paul enjoyed hunting, fishing, and attending sporting events for his children and grandchildren. He enjoyed umpiring softball and helped establish the South Dakota Umpire Association and Huron Umpire Association. Paul was inducted into the South Dakota State Softball Hall of Fame and the USA Softball National Indicator Fraternity. He was a member of Holy Trinity Catholic Parish, AFL-CIO, American Legion, and several other organizations.

Grateful for having shared in Paul’s life is his wife, Mary of Huron; daughter Chris (Doug) Stahly of Cavour, and their children, Spencer (Taylor Kevan) Stahly of Huron, Mason Stahly of Huron, and Nolan Stahly of Cavour; daughter Angie (Bill) Schultz of Sioux Falls and their children, Emma (Alex Aesoph) Schultz of Phoenix and Cooper Schultz of Sioux Falls; two sisters, Joyce Kock and Jeanne Hawley, both of Vail, IA; brother-in-law, Jon (Jan) Baum of Huron and sister-in-law, Jane Rashcke of Huron; and many nieces and nephews.

He was preceded by his parents; two brothers-in-law, Kenny Kock and Ted Hawley; parents-in-law, Christie and Valla Vee Baum.